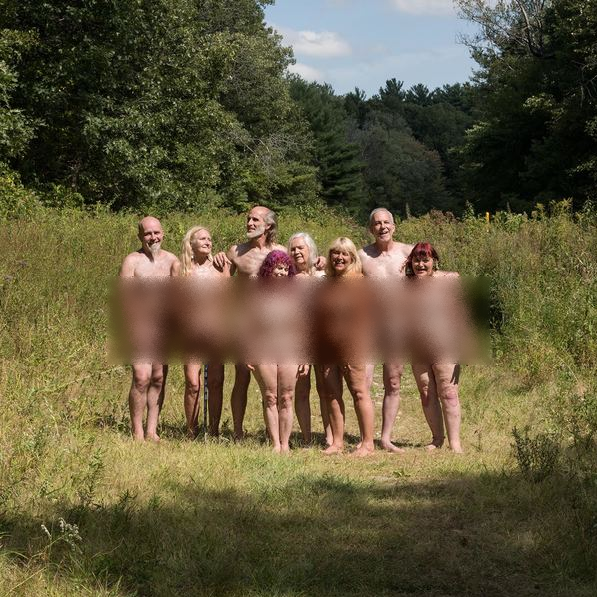 The Hotelier’s Goodness and Pinegrove’s Cardinal hit Bandcamp a couple weeks apart at the beginning of the summer, and both of these loosely emo releases have become soundtracks to the warm and woozy months since. Both bands have mastered the formula of melodic guitars and wordy, sentimental lyrics (complete with emotionally direct confessions and geographic signifiers) that has propelled the emo genre for decades, but the Hotelier’s and Pinegrove’s latest share a few more unique characteristics.

As dual representations of forests and streets, bodies and places, these albums are perfect summer music for me—a sentimental bi kid accustomed to spending these hot months making punkish noise in a basement or wandering alone through the woods or playing Appalachian old-time folk music with relatives. The Hotelier and Pinegrove blur conventions of space and genre and gender in ways with which I strongly identify.

I’ve appreciated the way that these albums intertwine the motifs of cardinal directions, natural imagery and flights from suburban space with small upheavals of gendered genre tropes. Goodness and Cardinal embody experiments in placemaking, opening up ecological spaces outside of gridded suburbia and gender normativity where special kinds of relationships and communities can exist. In a sense, these albums work as queered cartographies; the artists subtly mark non-normative masculinities with explorations in and representations of physical space.

At the outset, both albums establish a thematic focus on geography that, in its specificity, goes beyond the clichéd sprinkling of names of physical places in emo songs. There are three acoustic interludes on Goodness titled with coordinates, each of which locates an important place for singer Christian Holden, like a camp where he continues to work as a counselor each year. On the first song of Cardinal, Pinegrove singer Evan Stephens Hall describes the titular bird landing on a dogwood tree, an image that serves as a vivid conjuring of natural space and as a clever nod to the theme of cardinal directions. “Needle shakin outlines in a compass, every outcome’s such a comedown,” he then sings, later mentioning “needling my way home.” While for Holden these coordinates seem to indicate the reassuring concreteness of spatial memories, for Hall cardinal directions are less than stable, reflecting an ambivalent relationship to his hometown as he walks along “labrynthian cracks under the trees.”

While Holden’s lyrics (as well as the album artwork) go a long way in mapping out spaces outside of the suburban grid and gender normativity, the music itself also creates a sense of ecological space through samples of birds and the collages of field recordings. “Opening Mail For My Grandmother,” a song without drums that features steadily-picked guitar and soaring background vocals, gestures at the wide-open, rural Americana sound of artists like Gillian Welch. Pinegrove more deeply mines the palette of Americana music, adopting elements of its instrumentation and structure in a way that recalls the style of artists like Uncle Tupelo—suburban kids reimagining the sounds of Appalachia and middle America from their basements. This style particularly appeals to me as a meeting point between the traditions of my music-playing family in rural Kentucky and the garage punk preferred by my suburban Rhode Island hometown friends.

To me, this sort of roots-revival punk sound inhabits by necessity a space of “between-ness,” neither quite urban punk nor suburban pop-punk nor rural folk. Emo has always struck me as something that taps into a similar state of between-ness, often preoccupied with physical distance and movement, wavering between punk aggression and fragile melodicism, creating channels for emotional dialogue beyond normative bro-talk yet frequently uncertain about where such honesty leads without painfully oversharing. All of these factors provide material for queer artists like the Hotelier or Told Slant or PWR BTTM as they dissolve gender norms over melancholic guitar lines.

Although Hall doesn’t consider his music emo, his emotionally direct reflections on distance and relationships represent commonalities, and in combination with the Americana touches of banjo and country-esque chord progressions create a special mood of “between-ness.” And unlike Christian Holden, Evan Stephens Hall does not identify as queer. Still, as a longtime fan of alt-country (a genre that has never seemed much less heteronormative to me than plain old country) I find his brand of Americana to at least be queered—and not just, I hope, because of wishful thinking about my crush on him.

Throughout Cardinal, Hall’s characters find themselves shifting emotional dependence away from exclusive romantic partners and toward frienships and community, a theme that will especially resonate with many queer listeners like me. In one interview Hall named “friendship and compassion” as the central concerns of Cardinal, a far cry from the typical fare of certain masculine alt-country heroes like Ryan Adams, who are more focused on subjects like heartbreak and booze. I also doubt that Ryan Adams would look as good as Evan Stephens Hall does with painted nails.

Goodness and Cardinal show each band grappling with the confines of suburban space both stylistically and thematically. On their previous album Home Like NoPlace Is There, The Hotelier seems trapped in the gridded, contained spaces of suburbia. This album opens with Holden declaring his resistance to the demands of surburban normativity with an appeal to non-human voices—“open the curtains, singing birds tell me ‘tear the buildings down’”—and near the end arrives at the story of a dog abused and neglected by a toxically masculine owner in the song “Housebroken.” Elsewhere he sings about depression, addiction, suicide and the intense despair that comes with being “genderfucked,” and exclaims: “you wore the binary like a badge of fucking honor!”

In “Housebroken,” the speaker enters the yard and invites the abused dog to come to “acres of streams” free of cages but the dog declines, responding: “I’m just slightly nervous of what I might do if I were let loose.” Goodness is the sound of finally letting oneself loose, as Holden brings to the center the character of the animal as both a metaphor for the possibility of bodily freedom from societal norms as well as a protagonist resisting the intertwined oppressive forces of toxic masculinity and anthropocentric chauvinism. On “Goodness Pt. 2” Holden quotes birds again, this time with a different message: “a little bird from the sidewalk sings me hymnals of comfort in pain, said ‘give me you all disarmed and uncertain and I’ll promise that I’ll do the same.’” “Soft Animal” takes its title from a line in Mary Oliver’s poem “Wild Geese” (whose name appears in the song’s second line): “You do not have to be good…you only have to let the soft animal of your body love what it loves.” The song addresses a fawn doe that he sees for an instant before disappearing at the sound of rifles firing. “Make me feel that all my selves align,” Holden asks the fawn before she goes. 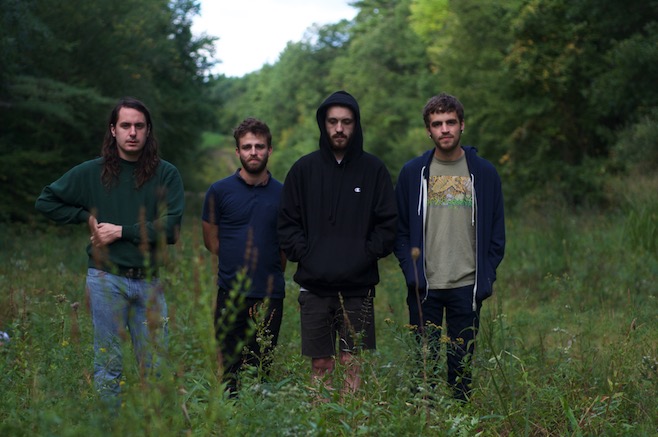 The Hotelier has always been a political band, but Goodness shows them practicing politics in a different, less explicit way than their previous, more traditionally punk or hardcore approach. In a tumblr post reflecting on the album, Holden discusses the intersection of music and politics and his frustration with “the articles that want to paint us as ‘band of men vanguarding with feminist politics,’” adding that he is “learning to reframe questions and reestablish narrative so that these things don’t happen.” On Goodness Holden steps down from the soapbox frequently occupied by politically-oriented male punk or hardcore singers accustomed to being the authoritative voice in the room, yet too comfortable in their male privilege to recognize their own smug self-righteousness.

In a May interview, Holden discussed his desire as a queer white man who is nonetheless “going to be read as straight” to “create safe spaces…without setting a sort of authoritative tone at shows.” In this context, there is something meaningfully progressive in the fact that the band has gone from referencing Nietzsche and Marx to Mary Oliver. The emphasis on rethinking space itself as a way to challenge hierarchies is key in this transition from citing political economy to nature poetry.

Goodness and Cardinal both offer relatable characters for those kids like me who are accustomed to feeling torn in different directions by their relationships to home and family roots vs. friends and youthful revolt, ambivalent about their sexualities and their identities in relation to masculinity or femininity, tired of suburbia but unable to escape or abandon it. On “Goodness Pt. 2” Christian Holden distills these uncertainties into a single question: “if we spin without compass in circles will we fall in the same exact place?”

The Hotelier’s Goodness and Pinegrove’s Cardinal hit Bandcamp a couple weeks apart at the beginning of the summer, and both of these loosely emo releases have become soundtracks to the warm and woozy months since. Both bands have mastered the formula of melodic guitars and wordy, sentimental lyrics (complete with emotionally direct confessions and geographic signifiers) that has propelled the emo genre for decades, but the Hotelier’s and Pinegrove’s latest share a few more unique characteristics.
END_OF_DOCUMENT_TOKEN_TO_BE_REPLACED